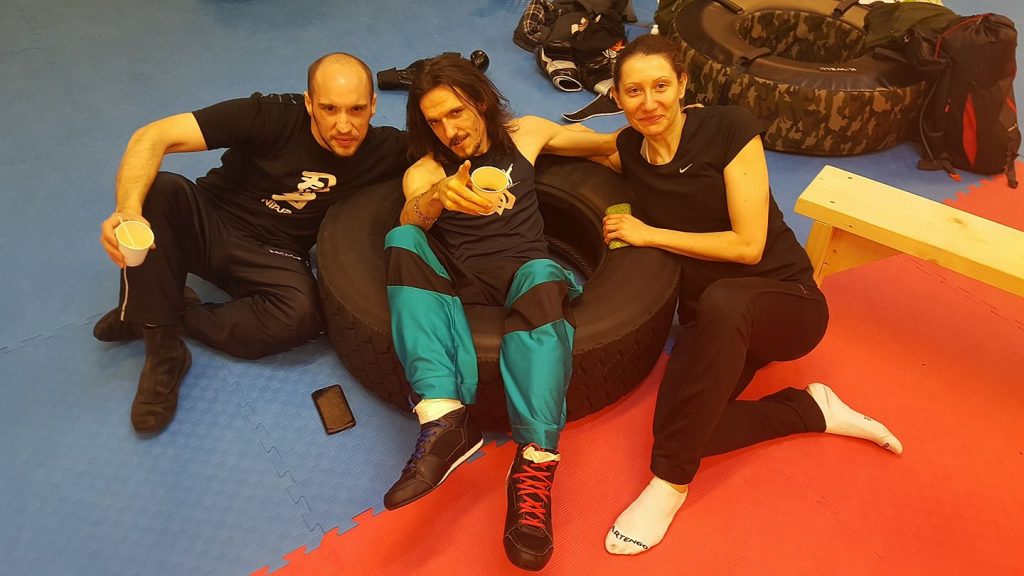 The table in the lounge in the hostel in the centre of Helsinki had a Jenga set balanced on top of it. The Russian girl reached new highs with shaking hands then the Albanian man – worse for wear on cheap beer – set to it with an undeserved confidence and nearly destroyed the lot.

London Savate had already met Finnish, Croatian, French, Swedish and Japanese opposition that day; multiculturalism is as valuable in Savate as it is in impromptu Jenga. The fifth Helsinki Open took place in the capacious new club at Konala between 8-11 March 2017, where the Olympic-sized ring swallowed up competitors from these countries and more, hosted novice bouts, dual world champion matches; friends met friends inside the squared circle and inductees tasted the inebriating flavour of international sport done in the best possible way: with Bruce Springsteen and Iron Maiden rocking the air above them.

The London Savate club won the Men’s 80kg gold in the Mika Kalliomaa challenge, courtesy of James; Boxe Club Draveil took silver in 75kg via Rémi, as our alumnus fought superbly; the Best Male Assaut went to George; Best Female Assaut to Delphine. Matieu now holds a 100% international record. James won his 100th international bout. All claims to Jenga prowess are off, after the table was sent crashing to the floor in round two.

Whether you compete in one bout or six, enjoy the thrill of ring sport or of lasting friendship, choose Cheapsleeps or the Radisson for accommodation, take to the sauna or the snow, prefer the French afterparty cuisine or the sweet Finnish long drink – the Helsinki Savate Open has it all.

Open chat
1
How can I help?
Hi, can I help you with choosing a class or starting Savate?
Powered by