This year we have attended events in Bulgaria, Ireland, France, Japan, Helsinki, Croatia and one again made British champions and vice champions. We have welcomed many, many beginners, sweated, trained hard, started in a new venue and – I hope – had lots of fun. Thank you so much for your time, effort and participation. I want London Savate to occupy a special part in our lives and I salute the effort every last person puts in.

A few people are singled out below for extra recognition for what they achieved in 2016. 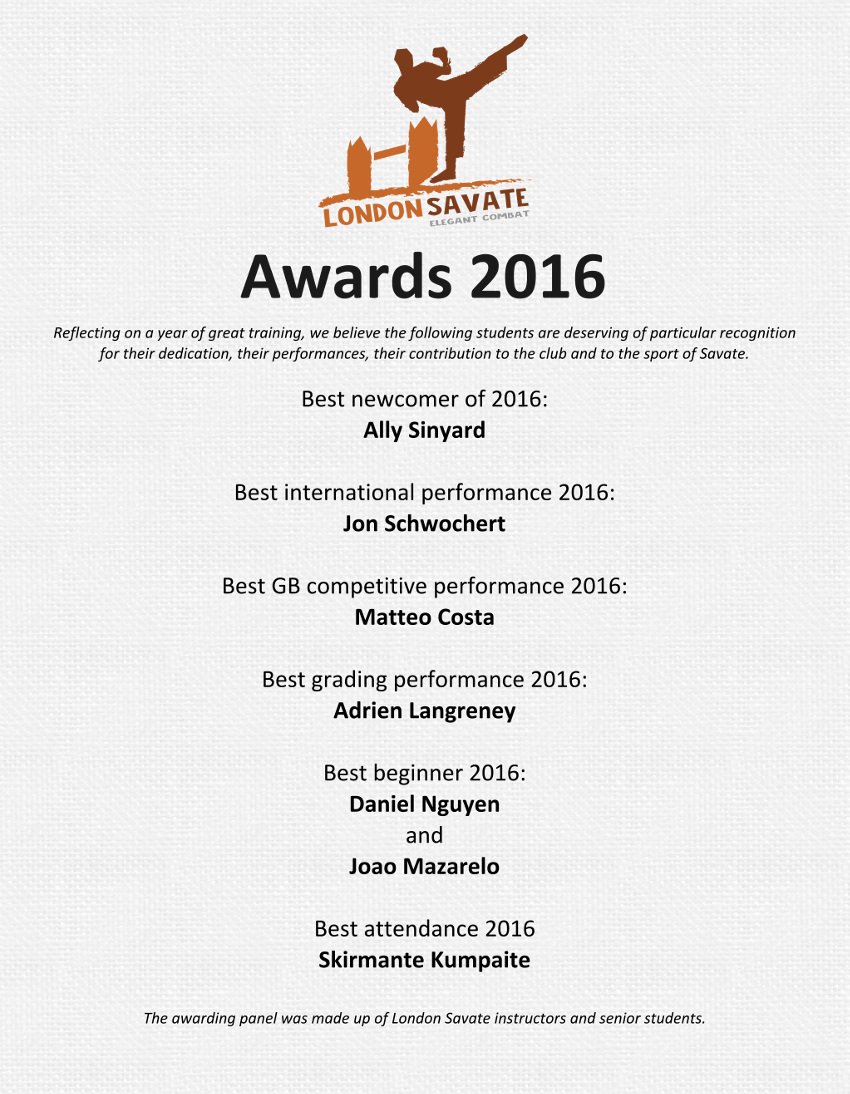 For his meticulous preparation for the World Championships in September, representing the USA and taking home a very impressive bronze medal – ‘Best International Performance of 2016’ goes to Jon Schwochert.

For pulling out the fight of his career (so far) at the British championships in July, holding his own against multiple international medallist James Antill, ‘Best GB Competitive Performance of 2016’ goes to Matteo Costa.

For dropping a mere 2 marks out of 130 in his Blue Glove testing in November, and for his solid technical year that is building the foundations of a strong fighter – ‘Best Grading Performance 2016’ goes to Adrien Langreney.

The ‘Best Beginner Award 2016’ is split, as I didn’t want to miss out on mentioning either of these two – Daniel Nguyen and Joao Mazarelo. Great having you in the class! I look forward to a brilliant year ahead.

Finally, the award for the ‘Highest Class Attendance of 2016’ goes to someone with a granite determination. Attending more often than any other student this year was Skirmante Kumpaite. Congratulations on your dedication!

Open chat
1
How can I help?
Hi, can I help you with choosing a class or starting Savate?
Powered by